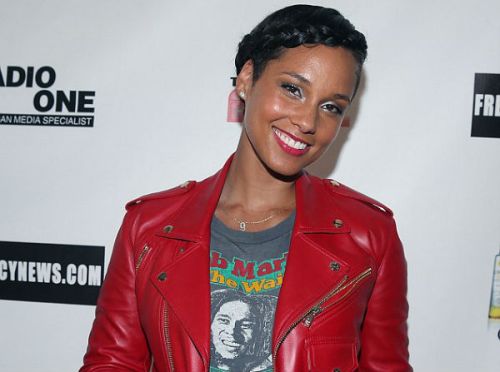 Alicia Keys debuted a brand new song called “The Gospel” at Radio One’s “The Blitz” on August 11, 2015 at Stage 48 in New York City. Speaking to an invitation only audience of radio programmers from across the country and music industry VIPs, the 15-time Grammy Award winner said, “I’m crazy excited. It’s ridiculous… I figured I would bring my studio to y’all and we could listen to some exclusiveness.” “The Gospel” is an intense, throbbing hip-hop track addressing urban blight; a 2015 answer to Marvin Gaye’s “What’s Going On.” 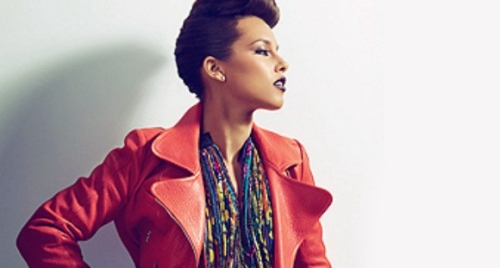 Here are the opening lyrics of “The Gospel”:

We all God’s children, products of the ghetto, Mama cooked the soup, Daddy did the yellin’

Uncle was a drunk cause it was a felon, and when he got pinched, he told them he wasn’t tellin’

Auntie was a cook, her husband was a crook, cause every job he had, they paid him off the books

Ghetto university, knowledge is all it took, in a tenement I was listening to the hook

After premiering her new song, Keys teased her upcoming CD. “I am bringing the flava of New York,” she said confidently. “We got somethin’ crazy cooking…I will take you to a place you understand. I can’t wait for you to hear it.” No word on when she will release “The Gospel” or her next album.

Radio One, which owns 55 urban radio stations, hosted the party as a showcase for artists to present new music. The list of stars performing included Ciara, Nelly, Janelle Monae with her acts Jidenna and Deep Cotton, Rita Ora, Tamia, and Jordin Sparks, plus Timbaland with his vocalist from Empire, V. Bozeman.

Ciara’s spectacular six-song set was the highlight of the performances, and she gave a special shout out to her Epic Records family. As Epic CEO/Chairman L.A. Reid and Epic President Sylvia Rhone watched from a private booth, Ciara remembered how Reid launched her career thirteen years ago. “When I was 16 years old, I walked into L.A. Reid’s office,” she said. “Thank you for seeing my vision.”

Earlier in the evening, Robin Thicke briefly appeared to thank Radio One for supporting his career. Diddy also greeted the crowd as he celebrates the 20th anniversary of Bad Boy Entertainment. He commented, “I don’t take it for granted. To still be on this stage, it’s a blessing,” as the crowd roared, ‘Bad Boy…Bad Boy.’ 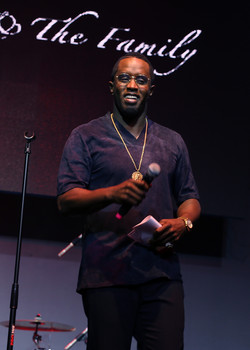 “What I do best is I provide a great platform for people,” Diddy continued. “I am a great ringmaster. I returned to Puff Daddy & The Family to introduce and support new up and coming artists, to celebrate positive energy and love.” As he looked back at his groundbreaking career, he said, “I remember the first time I heard my music on the radio. It changes your life.” Before introducing the video for his latest single, “Finna Get Loose” featuring Pharrell Williams, Diddy stated that now two decades later, his career has come full circle.

“I’m returning to the party vibe, where you’re not afraid to dance with your lady,” he announced. “I’m taking this movement across the country.”

Tamia making waves in the music industry since her self-titled album in 1998 performed last week before a sold out crowd as part of the Blue Note Jazz Festival at the Highline Ballroom in New York City.

Tamia’s husband of almost 15 years, Grant Hill, an NBA player announced his retirement last week was in attendance now has plenty of time to spend with his R&B wife. “We’re celebrating almost 15 years of marriage,” she told the crowd and mentioned her popular husband before singing her song “Still.”

She sang all her hit songs, “So Into You,” “Officially Missing You,” Smile,” “Beautiful Surprise” and closed the show with “Stranger In My House.”

It was truly a special evening.

Check out her upcoming show dates below.