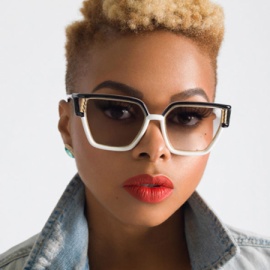 10 How Deep Is Your Love    Sean Paul feat/Kelly Rawland

D’Angelo Returns to TV With New Track at BET Awards 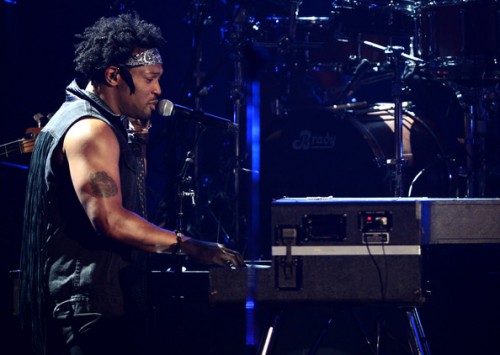 D’Angelo Returns to TV With New Track at BET Awards

At Sunday night’s BET Awards、D’Angelo played his first television performance in 12 years. The R&B singer kicked off the performance with his hit “Untilted (How Does It Feel)” before joining his band behind the keys and jumping on to a new track, the funky “Sugar Daddy.” Stars including Common and Beyonce clapped along to D’Angelo’s spirited “Sugar Daddy” as the singer leaped, kicked and screamed.

D’Angelo is set to perform on July 6th at New Orleans’ Essence Music Festival, and he will play Jay-Z’s Made in America festival in Philadelphia over Labor Day weekend. Questlove recently revealed D’Angelo has recorded around 30 new tracks over the past few years, and he hope the singer will release the new material soon.

Frankie Beverly featuring Maze were honored with the lifetime achievement award, and they were serenaded with performances by Tyrese, Faith Evans and Joe.

West, who was up for seven awards, was the top nominee. Beyonce was the second most nominated act with six. She won video director of the year (along with Alan Ferguson) and best female R&B artist and thanked the genre and her female influences.

“I fell in love with music by listening to R&B. It’s the core of who I am,” she said, giving special thanks to Lauryn Hill, Mary J. Blige and “Whitney Houston, my angel.”

When she lost video of the year to Jay-Z and West, she playfully hit her husband and laughed. The joking continued: Moments later, as West was giving his acceptance speech, Jay-Z interrupted him and said: “Excuse me Kanye, I’m gonna let you continue, but …,” and the audience erupted with laughter, recalling West’s infamous interruption of Taylor Swift’s MTV Video Music Awards speech a few years back.

The tone of the night fluctuated frequently, as the show shifted from hotly anticipated performances to solemn moments to irreverence. Usher performed his groove “Climax,” and Nicki Minaj sported a blonde wig with pink tips as she performed the songs “Champion” and “Beez In the Trap,” which featured 2 Chainz.

Cissy Houston’s tribute to her late daughter was the emotional highlight of the BET Awards.

Mariah Carey opened the tribute with memories of her friend. She was followed by a moving number by Monica. Brandy, heavily influenced by Houston, sang two of the late singer’s hits. Chaka Khan blazed the stage with “I’m Every Woman,” which Houston remade. Gary Houston, Whitney’s brother, also performed.

Whitney Houston‘s mother gave a rousing performance of “Bridge Over Troubled Water” that left the crowd in tears, including Beyonce and Melanie Fiona.

The live broadcast featured some of the biggest stars in the music world, including Jay-Z and Beyonce (who won best female R&B artist), Nicki Minaj (the recipient of the best female hip-hop artist award), and Usher.