Between the Lines: George Clintn and Questlove @ Schomburg Center 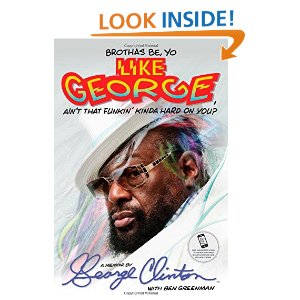 The funk musician George Clinton shares stories about his life and career on the occasion of the publication of his new book, Brothas Be, Yo Like George, Ain’t That Funkin’ Kinda Hard on You?: A Memoir. Clinton will be in conversation with the Roots’ drummer, DJ, writer, and producer Questlove.

Grammy award winning artist George Clinton was the mastermind behind Parliament and Funkadelic, the two bands that virtually defined the funk genre. Clinton began recording solo in 1981, and has earned a widespread recognition for his contributions to the music world.

In the memoir, the Parliament-Funkadelic founder will reveal details regarding legal battles he waged to gain control over copyrights allegedly pilfered early in his career. The book will also chronicle Clinton’s struggles with addiction. 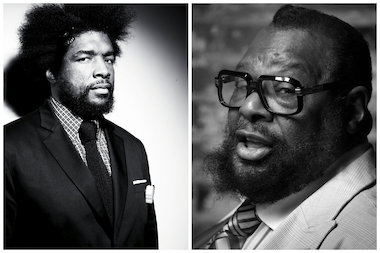 “Look on page 379,” Clinton says. “This book, I had one intention. It’s my story on trying to recapture for my heirs and my family all the copyright and ownership of all the music you’re talking about. That’s my whole reason for writing the book. With me, I’m 73 years old. I wouldn’t have nothing else to do anyway. I got rid of my habit, so, hey, you ain’t really got nothing to do. I got a lawyer habit now. “ 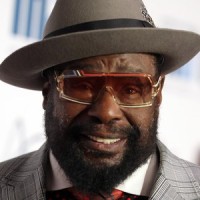 George Clinton began his musical career in New Jersey, where his obsession with doo-wop and R&B led to a barbershop quartet—literally, as Clinton and his friends also styled hair in the local shop—the way kids often got their musical start in the ’50s.

In 1982, he released his solo album, Computer Games, which produced the mega-hit, “Atomic Dog.” The P-Funk Allstar’s music provided the foundation for Dr. Dre’s G-Funk Era that dominated the sound of West Coast Hip Hop during the 1990s.

The Funk pioneer has worked with artists from all genres and insists that allowing his music to be sampled has been instrumental in keeping his career alive.

“And anytime I say something about it, they make it look like I’m attacking the artists. So I really want to tell Dre, Snoop, Puffy and everybody, Jay-Z that I’m not the one that sued them. Matter of fact, I’m asking them to come forward to just – ’cause I’m going to the Supreme Court with this,” he said.

He also states he respects 9-year-old kid’s opinion on music.

“As soon as I hear old musicians … or parents say, “That ain’t music” I run to that music, that’s the music I want. Because it’s going to be the next music. Kids love the music that gets on your nerve. “

As for the naked, crack-smoking hotel fire, well, that’s best told by Clinton himself. His “Brothas Be, Yo, Like George, Ain’t That Funkin’ Kinda Hard on You?,” co-written with Ben Greenman, is out now.