Chuck Jackson In The House!! The 30th Anniversary Celebration of Mama I Want To Sing #2

“Any Day Now” fame, Chuck Jackson was in the house!

To fans of genuine rhythm and blues music, the name Chuck Jackson needs no introduction. His soaring baritone transformed such songs as “Any Day Now” and “I Don’t Want to Cry” into international chartbusters whose soulful declarations have transcended the test of time. When I spotted Mr. Jackson at the “Mama, I Want To Sing” 30th Anniversary Gala, I couldn’t resist asking him a few questions. 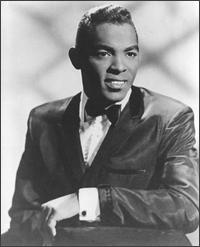 H2N:                  The first time I saw your show was at Sweetwaters around the mid 80’s and Mike Tyson was in the audience waiting for his fiancée at the time, Robin Givens. Do you remember that show?

Chuck:                 Yes! I’m working on my new album. It’s funny that this time I’m signed to the first label I was signed to. Smokey Robinson wrote a song for me for this album and I’m also working with Burt Bacharach and Hal David, Jerry Leiber, Mike Stoller and many others.

Posted in Event, Mama I Want To Shing, Uncategorized