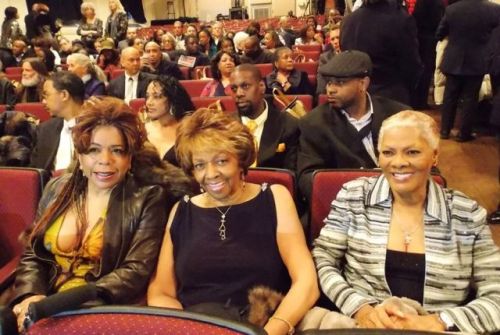 After welcoming all the board members and the benefit committee at Red Carpet, the gala began with a very special performance that includes musical highlights from “Mama, I Want To Sing” and “Sing, Harlem Sing!, ”as well as a performance from the Gospel for Teens Choir. 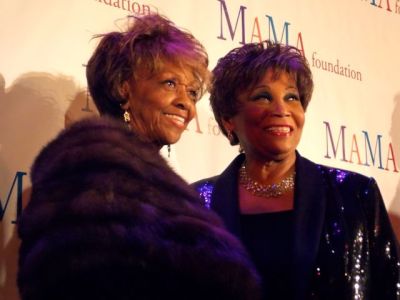 I was the youngest of four children growing up on Harlem. My father was a minister and my mother was very involved in his church. My oldest sister, Doris, sang in the choir. She was eventually discovered by James Brown at The Apollo, and went on to a successful career in popular music. Kind and generous, Doris was a big influence on me. I was inspired to tell her story, and so I wrote Mama, I want To Sing with my husband, Ken Wydro.

As we wrote the story, we became aware that is wasn’t just ours. It was the combined stories of numerous African-Americans who grew up on the church, stepped out of the church choir and then made their way into the recording industry and on stage. They created a new sound that was uniquely African-American – Something at once uniquely personal and wholly universal.

Initially the script was rejected by every major producer in New York – none believed that the story was worth telling or that an audience could be found for a Gospel-based production.

With nowhere else to turn, we devoted our entire life savings to opening Mama, I Want to Sing in East Harlem at the Heckscher Theatre which had housed Joe Papp’s New York Shakespeare Festival 15 years earlier. As the doors’ chain was lifted, puffs of dust and dirt greeted us in the abandoned 632-seat theater.

Mama, I wan To Sing opened March 25, 1983 with a minuscule advertising, promotional, and publicity budget. Word-of-mouth spread quickly through the black community and the theatrical and traditional musical circles. Mama, I Want To Sing positively the power, spontaneity and emotional uplift of the black church experience.

For thirty years now, Mama, I wan To Sing has been performed all over the world. It has not only entertained, but it has helped introduce gospel music to other cultures, and it has taught audiences everywhere about our community and our people.

Inspired by the show’s worldwide success, I created Mama Foundation for the Arts in 1998 as a cultural space in Harlem where both youth and adults have access to quality training and employment in the performing arts. With a mission to present, preserve, and promote the history and fundamentals of gospel, jazz, and rhythm and blues music, the Gospel for teens program began at the foundation in 2006. Open to the public at no cost, so that all interested could benefit from it, Gospel for Teens provides support to our musically gifted children by replacing the arts programs taken out of many inner city schools. In the past seven years, we have served hundreds of teens. These fine young men and women have now become Ambassadors of the Music, making sure that the music lives on for generations to come.

It is a thrill to have seen these young people evolve through the arts – I’ve witnessed them change mentally, physically, spiritually, and emotionally.

All of us are part of a community that is rich and full of history, conversation, food, music, and art and culture. To explore all that; to present that on stage – whether through our musicals, performances by the Gospel for Teens Choir, or other events – is a privilege.

Thank you for your support.