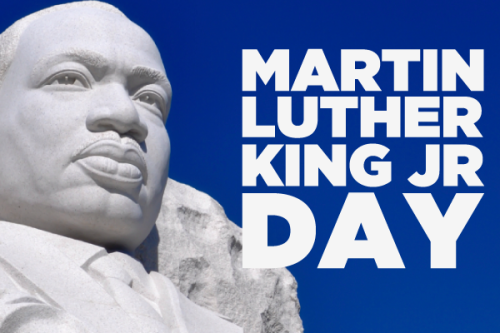 January 18th is an American federal holiday marking the birthday of Martin Luther King, Jr. It is observed on the third Monday of January each year, which is around King’s birthday, January 15. 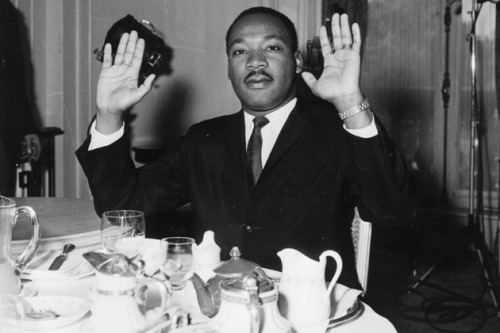 King was the chief spokesman for nonviolent activism in the Civil Rights Movement, which successfully protested racial discrimination in federal and state law. The campaign for a federal holiday in King’s honor began soon after his assassination in 1968. President Ronald Reagan signed the holiday into law in 1983, and it was first observed three years later.

Did you know that Stevie Wonder is the one of people who helped create Martin Luther King day?

On the evening of April 4, 1968, teen music sensation Stevie Wonder was dozing off in the back of a car on his way home to Detroit from the Michigan school for the Blind, when the news crackled over the radio: Martin Luther King Jr. had just been assassinated in Memphis. His driver quickly turned off the radio and they drove on in silence and shock, tears streaming down Wonder’s face.

Five days later, Wonder flew to Atlanta for the slain civil rights hero’s funeral, as riots erupted in several cities, the country still reeling. He joined Harry Belafonte, Aretha Franklin, Mahalia Jackson, Eartha Kitt, Diana Ross and a long list of politicians and pastors who mourned King, prayed for a nation in which all men are created equal and vowed to continue the fight for freedom.

Wonder was still in shock—he remembered how, when he was five, he first heard about King as he listened to coverage of the Montgomery bus boycott on the radio. “I asked, ‘Why don’t they like colored people? What’s the difference?’ I still can’t see the difference.” As a young teenager, when Wonder was performing with the Motown Review in Alabama, he experienced first-hand the evils of segregation – he remembers someone shooting at their tour bus, just missing the gas tank. When he was 15, Wonder finally met King, shaking his hand at a freedom rally in Chicago.

At the funeral, Wonder was joined by his local representative, young African-American Congressman John Conyers, who had just introduced a bill to honor King’s legacy by making his birthday a national holiday. Thus began an epic crusade, let by Wonder and some of the biggest names in music – from Bob Marley to Michael Jackson – to create Martin Luther King Day.

To overcome the resistance of conservative politicians, including President Reagan and many of his fellow citizens, Wonder put his career on hold, led rallies from coast to coast and galvanized millions of Americans with his passion and integrity.

“Happy Birthday,” a song celebrating King’s life was composed by Stevie Wonder. He held onto it until “the movement for the holiday was gaining steam,” and made it the centerpiece of his album, Hotter Than July released in 1980.