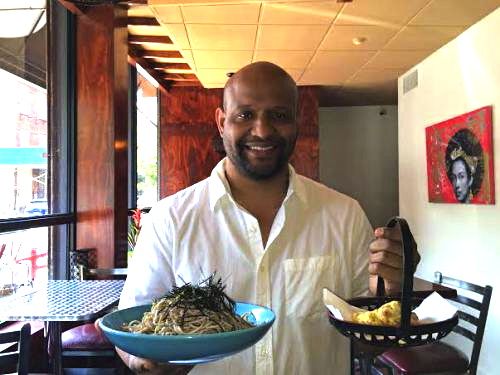 Never imagined that Nabe and Udon Restaurant would open in the vicinity of St. Nicks Houses where the creator of New Jack Swing, Teddy Riley grew up. 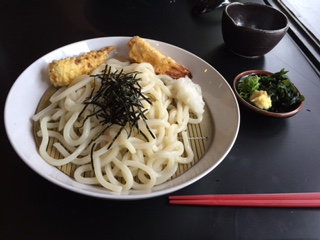 “Nabe Harlem” is a Japanese noodle bar until later this year they will start serving Nabe (hot pot) menu. Hot pot is a DIY style of dinning. Customers sit in a table and are given raw meat and vegetables, which they cook in a pot that is placed in the middle of the table.

The owner Larry is from Harlem and spent 6 years in Osaka teaching Japanese people English. “Ramen is like a cheeseburger and udon is like a steak” he says of the difference of the two noodles. I’m confused……. Good thing is my udon tasted like real Japanese udon. Age Koimo (Baby Potatoes with Brown Sugar Glaze) was great. 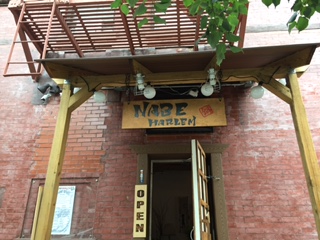 Nabe is actually two businesses, “Nabe Harlem” and “Nabe Underground”. Upstairs you get your noodles and sake bar. To the left is a flight of stairs leading downstairs where you have your speakeasy-style setup with live music and full bar with a menu of Asian fusion appetizers and entrees.

One response to “No Diggity, Nabe Harlem! Udon, Soba and Hot Pot”