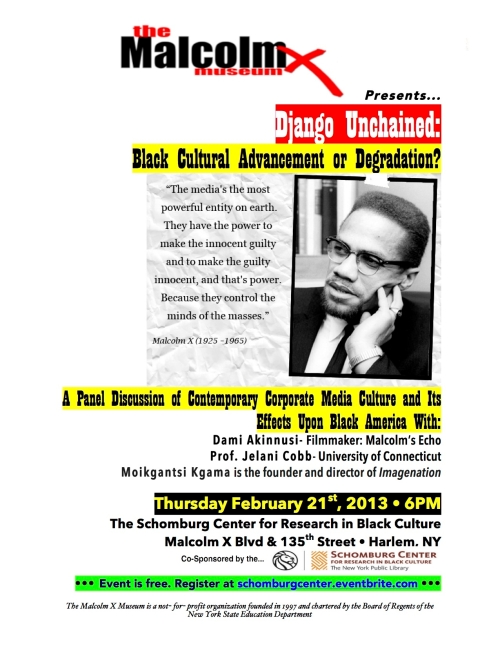 This year marks 48th anniversary after the assassination of Malcolm X and the Schomburg Center in Harlem hosts a Panel Discussion of Contemporary Corporate Media Culture and Its Effects Upon Black America With:

“The media’s the most powerful entity on earth. They have the power to make the innocent guilty and to make the guilty innocent, and that’s power. Because they control the minds of the masses.” Malcolm X (1925 – 1965)

This event is already sold out but all registered seats are released 15 minutes before start time so you still have a chance. Please arrive early.

The Malcolm X Museum is a not-for-profit organization founded in 1997 and chartered by the Board of Regents of the New York State Education Department.