Cuba Gooding Sr., the late R&B soul singer who sang lead vocals for the legendary “Main Ingredient”, was memorialized at the Apollo Theater on Saturday.

As lead vocalist of the Grammy nominated “Main Ingredient” since 1972, Cuba Sr. lifted the group to world prominence with such hit songs as “Everybody Plays The Fool,” “Just Don’t Want to be Lonely,” “Rolling Down a Mountainside,” “Happiness is Just Around the Bend,” “You’ve Got To Take It (If You Want It).” Other “Main Ingredient” chart-toppers were “You’ve Been My Inspiration,” “Spinning Around (I Must Be Falling in Love), “I’m So Proud” among many others.

Some 150 people, including his children Omar, April and Tommy, turned out for a heartfelt sendoff to the late Gooding at the landmark only blocks from his childhood Harlem home. 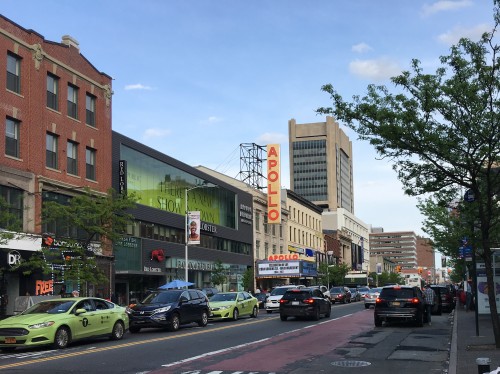 His son, Oscar-winning offspring Cuba Gooding Jr. did not attend the two-hour memorial, according to the family.

Gooding Sr. served as front man for The Main Ingredient, joining the band just in time for their biggest charting hits: “Everybody Plays the Fool” reached No. 3 in 1972, and “Just Don’t Want to Be Lonely” hit No. 10 in 1974.

Gooding Sr. was found dead April 20 inside his silver Jaguar in the Woodland Hills section of Los Angeles in the middle of the afternoon.

The cause of death remains under investigation, with reports indicating police suspected a drug overdose.