There’s a biopic coming that’s focusing on Sam Cooke’s violent death. According to producer Romeo Antonio, Sam Cooke: The Truth is a “murder mystery” and will look into Cooke’s 1964 death.

Cooke died after being shot by Bertha Franklin, a manager of a South Los Angeles motel. According to reports, Franklin was defending herself against Cooke and his death was deemed a justifiable homicide. 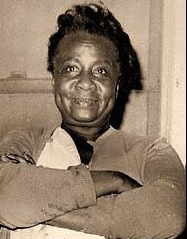 However, his family has long thought that Cooke’s death had something to do with his connections to several mob-connected music executives, as well as his role in the civil rights movement.

“For years, people have been coming at us to do a movie about Sam. But [Antonio] was the first person who sounded like he wanted what we wanted: the truth to come out about my uncle and his death,” told Eugene Jamison, Cooke’s nephew.

Jamison and Antonio say that Cooke’s family members, such as his brother L.C. Cooke, are involved in the film, but there already seems to be some drama surrounding the movie.

ABKCO, the music and film label that was founded by Cooke’s manager Allen Klein and that owns much of Cooke’s music rights, says that neither the Cooke family nor L.C. Cooke, his brother, is involved in the film.

“ABKCO Films is the only company authorized by Sam Cooke’s widow and surviving siblings to produce a biopic of Sam Cooke’s life,” the company said in a statement. “The film, currently being cast from a script written and to be directed by Carl Franklin (One False Move, Devil in a Blue Dress, One True Thing), is based on Peter Guralnick’s best-selling biography Dream Boogie: The Triumph of Sam Cooke. Guralnick also wrote the script for Sam Cooke: Legend, the Grammy-winning long-form documentary that ABKCO produced.”

“Reports that I am involved with or have endorsed any Sam Cooke film biography other than the one that ABKCO Films is producing are totally false. I have been working with ABKCO for many years and am looking forward to bringing Sam’s story to the public in the near future,” Cooke stated.