June 19 is known as Freedom Day, Jun-Jun, Emancipation Day and Juneteenth. This year marks the 148th anniversary of the oldest known celebration of the end of slavery.

It was on this date in 1865 that Union soldiers, led by Major Gen. Gordon Granger, made their way to Texas, where the last of the nation’s slaves were held. He announced in Galveston that the Civil War had ended and they were finally free. President Abraham Lincoln’s Emancipation Proclamation had become official more than two and a half years earlier on Jan. 1, 1863, but Texas’ slaves were the last to know.

Today Juneteenth commemorates African American freedom and emphasizes education and achievement. It is a day, a week, and in some areas a month marked with celebrations, guest speakers, picnics and family gatherings.

On January 1, 1980, Juneteenth became an official state of Texas holiday through the efforts of Al Edwards, an African American state legislator. The successful passage of this bill marked Juneteenth as the first emancipation celebration granted official state recognition.  Edwards has since actively sought to spread the observance of Juneteenth all across America. 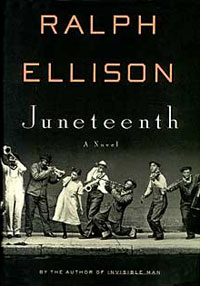 The future of Juneteenth looks bright as the number of cities and states creating Juneteenth committees continues to increase.  Getting involved and supporting Juneteenth celebrations creates new bonds of friendship and understanding among us. This indeed, brightens our future – and that is the Spirit of Juneteenth.