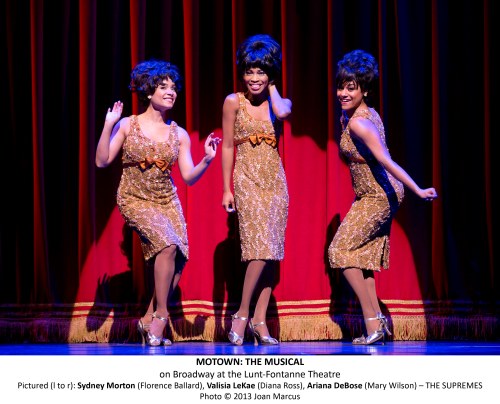 “Motown: The Musical” is a joyously delightful play featuring the classic R&B music of Berry Gordy’s historic label created in Detroit, Michigan that revolutionized the record industry in the 1960’s with its superstars Stevie Wonder, Diana Ross, Marvin Gaye, Smokey Robinson, and The Jackson Five. Starring Brandon Victor Dixon in a superb performance as Gordy, this dazzling production tells the story of how Motown was founded in the Motor City and became “the sound of young America.”

More of a concert than a traditional play highlighted by an amazing 60 songs, “Motown: The Musical” captures the historical significance of the era as the company thrived and provided the soundtrack for the civil rights movement, the protests against the Vietnam War, and the assassinations of President John F. Kennedy and Dr. Martin Luther King Jr.

Written and produced by Gordy, the story begins in 1983 as he feels so betrayed by so many of his artists, composers and producers leaving him for bigger contracts at other companies that he’s refusing to attend the “Motown 25th Anniversary” television special. Eventually he changes his mind and joins all his past and current stars on stage for the reunion, but not after recalling the joy and the pain of the rise and fall of Motown. 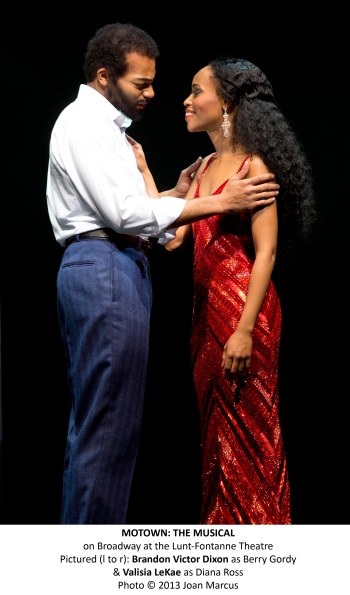 The core of “Motown The Musical” is the relationship between Gordy and Diana Ross which began when he discovered her teen group The Supremes, leading to their love affair and launching her solo career as one of the greatest female solo artists. Valisia LeKae, who is nominated for a Tony Award for Best Performance By An Actress In A Leading Role In A Musical, perfectly captures the persona and the voice of the Motown diva. One of the most memorable moments of the play is when she strolls into the audience and recruits people to join her in singing Ross’ signature song, “Reach Out and Touch.” Gordy was simultaneously her lover and her boss, and the play illustrates the dilemma caused by their business and romantic relationship. Eventually they break up, and Ross, like Gaye and the Jackson Five, abandoned Motown for bigger pay days at major labels.

“Motown: The Musical” also presents the ongoing creative battle Gordy had with Gaye who rebelled against Gordy’s direction. Gaye demanded to express his social consciousness, leading to his classic What’s Going On album which Gordy initially refused to release. Unlike Gaye, Robinson was Gordy’s close friend and his strongest supporter. Charl Brown masterfully portrays the falsetto crooner and earned a Tony nomination for Best Performance By An Actor In A Featured Role In A Musical. Robinson was by Gordy’s side from the beginning of Motown, comforting and inspiring his mentor as an artist, the label’s principal composer, and later as a company Vice President. 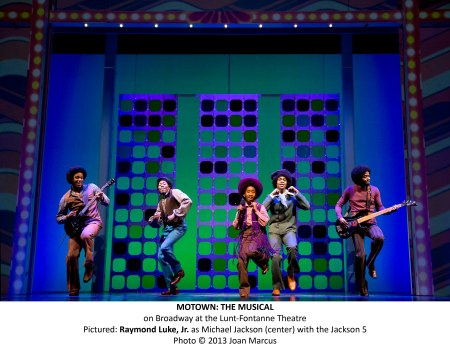 “Motown: The Musical” is one of the most entertaining plays you will ever witness featuring some of the greatest songs of the all time from Ross and The Supremes, Robinson and his group The Miracles, Gaye, The Temptations, The Four Tops, Gladys Knight and the Pips, and many more. Gordy faced a monumental task telling the Motown story in only two and a half hours. Unfortunately due to the concentration on his relationship with Ross and wanting to spotlight the enormous Motown song catalog, two of Motown’s legends are unjustly relegated to cameo appearances. We do hear The Jackson Five’s first four number one hits, “I Want You Back,” “ABC,” The Love You Save,” and “I’ll Be There,” but there is very little dialogue from the brothers. Their appearance is one of the highlights of the play and leaves you wanting more of their music and their history, especially from Michael Jackson. Stevie Wonder receives even less attention with a much too brief three song segment–“Fingertips, Part 2,” “For Once In My Life,” and “Signed, Sealed, Delivered,” and virtually no dialogue at all.

The story is scattered, incomplete, and fails to consistently flow and provide depth and meaning to many aspects of the Motown legacy. But the essence of “Motown: The Musical,” the incredible music that is as relevant and exhilarating today as it was fifty years ago, makes this a very special production worthy of its four Tony Award nominations. The exceptional talent and charisma of Dixon as Gordy, LeKae as Ross, Brown as Robinson, and the entire cast who expertly recreate the voices of the Motown artists make “Motown: The Musical” must see Broadway! 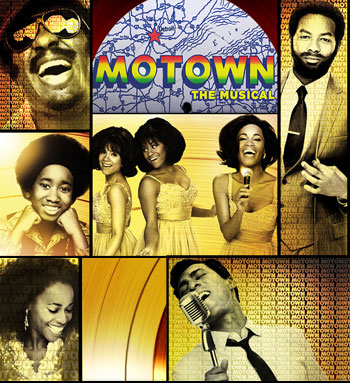 Posted in Motown The Musical, Uncategorized