The Weeknd On Tour 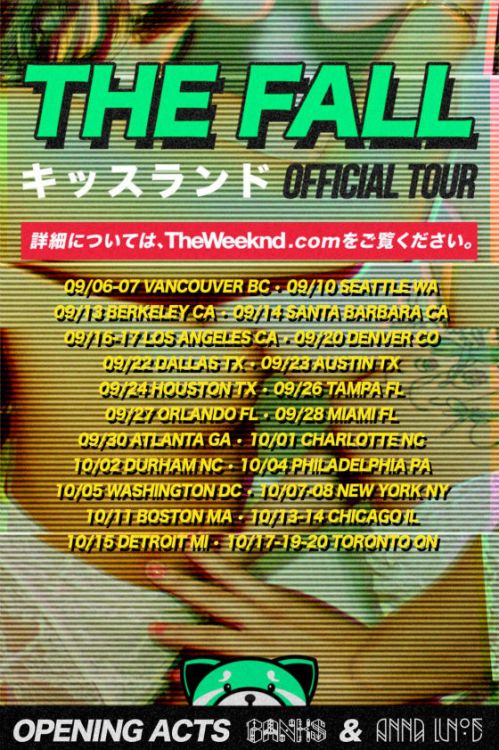 According to The Weeknd,  the title “Kiss Land” symbolizes the tour life, a terrifying place. It’s a place he’s never been to before that he’s very unfamiliar with.

He also explained where the title Kiss Land came from, saying: “I didn’t want to call it Dark World or something so generic. The title came from a conversation that I overheard and those words stuck out. Someone said, “Kiss Land” and I thought, “That’s going to be the title of my album.” It sounds so ridiculous.

The Weeknd is currently touring in support of his major debut album, “Kiss Land” performing 28 concerts over a month and a half Long time span.